The video clip of the Nigerian Inspector General of Police (IGP) Idris struggling to read a speech in Kano went viral a few weeks ago and caused quite a rumpus. There were allegations that the video was “doctored” to make the IGP look bad but some swear that what went viral was what really happened. In this era of fake news and with technology making it possible to manipulate images it’s getting harder to know what to believe. But my focus today is not on fake news – that is a topic for another day.

I was ruminating over the IGP story and a couple of questions ran through my mind. Just what if the IGP really struggled with reading his speech for whatever reason maybe because of a learning disability or as some have suggested “a spell was cast on him”, should this evoke taunts and public shaming by adults? Note that I am looking at this singular episode, which has nothing to do with people’s personal views about the IGP.

Now, imagine a scenario where your child has a classmate who struggles with reading and every time he/she makes a mistake the whole class bursts out laughing. At break time this child becomes the butt of jokes. Somehow your child lets you know what happened at school and also lets you in on the fact that “it was so funny that…could not read the sentence the teacher asked him/her to read” what would you say to your child? Now imagine that the child who struggled with reading was yours. How would you want others to treat him/her?

You may say those are children, the IGP is an adult. I agree and I’m certainly not holding brief for him. My point, however, is that adults too have feelings. They are just better at masking it. Unfortunately, when the hurt gets too deep, the end result may be depression and even suicide.

The Oxford dictionary defines “Respect” as “Due regard for the feelings, wishes, or rights of others” Disrespect would, therefore, be a lack of regard for the feelings, wishes and rights of others. In this screen dominated, new media age, disrespect is at an all-time high. People are savage online and totally oblivious to the harm they can cause others by their thoughtlessness. Perhaps it has something to do with the perceived anonymity that a screen presents or maybe it’s just an erosion of core values.

Disrespect shows up in many forms from not responding to personal messages sent to you (same as ignoring someone who talks); posting rude and demeaning comments to ignoring certain people when they post messages on chat groups (same as going out with friends and laughing at the jokes of the popular guys in the group and keeping a straight face when others make comments or share jokes). To be honest sometimes when I observe this kind of attitude amongst adults, I shudder at the example that is being set for the younger generation.

With the spate of mental health-related issues, there are a lot of things that could act as triggers, including disrespectful, condescending and thoughtless comments and actions. I believe that as parents, we need to be more intentional about reinforcing in our children and I dare say ourselves, those time-tested values that cut across race, religion, beauty or financial and social standing. Let’s begin to get back our humaneness starting with respect for other human beings and for ourselves.

As we reinforce the core value of respect in our children, let them know that they would encounter people who are different from them – different developmentally, aesthetically, financially, in terms of social standing or religious beliefs. Regardless of what the difference is, they should learn to see every person first as a human being with emotions and who deserves to be shown respect.

Don’t forget to let them know that they would also encounter people who do not hold similar values as they do, and people would be disrespectful to them. Talk to them about what they should do in such circumstances. – walk away; log off; raise an alarm; report to a trusted adult. It can be very tempting to pay a disrespectful person back with his or her own coin but teach them not to take the bait. 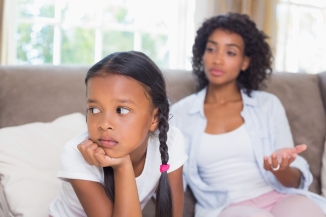 Finally, your child’s reality may be very different from what he or she would want. They may want to attend a different school from the one they currently attend; own an iPhone rather than the brand you are able to afford to give them; they may wish they were slimmer; taller; more beautiful; more popular; came from a richer family or lived on the other side of town…even when their reality is different from what they want, that is not grounds for them to be disrespectful to you or themselves. Respect starts at home and respect starts with self.

“Children who have self-respect treat themselves well. They’re less likely to do harmful things, they make good choices, and they tend to act in ways that are in their own best interests.”  www.psychology today.com

A child that learns to act with respect at home is more likely to treat others with respect and earn respect, no matter the differences.

This blog is powered by RAVE Et Al (RAVE) a social enterprise that partners with parents, schools, government & other stakeholders to provide relevant capacity building programs for children/teens and young adults (ages 8 and above) in the area of values, life skills & digital citizenship education.

As the pioneer DQ Ambassador in Nigeria (first in Africa) and a member of the DQ Coalition, RAVE Et Al is championing the #DQEveryChild initiative in Nigeria. Our mission is to enhance our children’s Digital Intelligence Quotient (DQ) and set a global standard of digital citizenship for all children around the world. 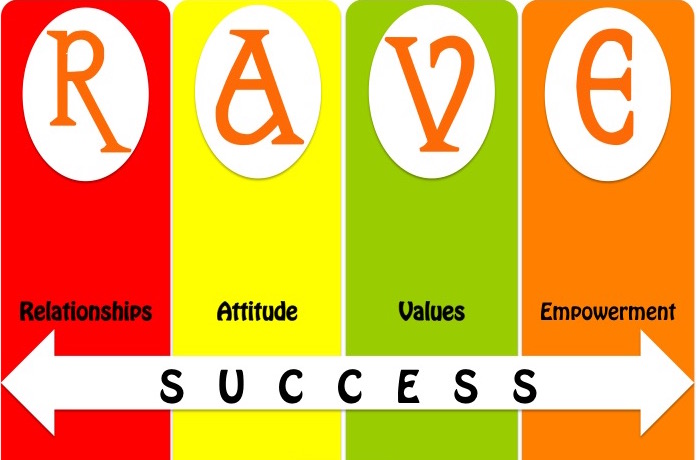 Charity is passionate about seeing young people come into their full potential. She encourages parents to make the necessary investments in themselves and their children so as to groom well rounded successful individuals who are able to safely and successfully navigate and thrive offline and online. You can reach Charity by filling out the form on our contact page and she’ll be sure to get back to you. View all posts by Charity Babatunde

Celebrating all FATHERS and father-figures. Society truly needs more men like you. Thank you for all you do🙏🏾#happyfathersday
#mothersday
#tbt